InterDigital (IDCC) presented at the recent MWC 2016 the IP-over-ICN solution that is fundamental for the RIFE efforts within deployments such as in guifi.net.
IDCC presented a scaled demo with 30 users requesting an HTTP-level video stream, leading to a performance factor of 3 over conventional IP.
IDCC also showcased the ability to relocate service endpoints at runtime with the video being played out locally at Barcelona, while continuing to serve the original video to the remote 30 users.

The booth was well-visited with lots of interests in the underlying technology and the plans for trials. Some leaflets with general informations about RIFE were distributed at the booth as well. 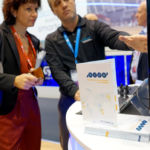 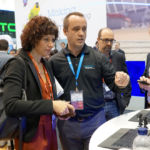 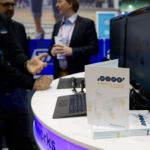